Hey, I’m Liopleurodon. I’ve been an avid player of World of Warcraft since open beta in November of 2004.

I was what most of the player base would call a hardcore player. I have 26 splinters of Atiesh. I became a Justicar. I am a Hand of Adal and a Champion of the Naaru. I was a member of a top 50 US raid team through part of Sunwell in Burning Crusade. I became a server first Hunter and server first Dwarf in Wrath. I am Undying. I am Kingslayer.

As the Cataclysm was unleashed on Azeroth, I had a baby, and my priorities shifted drastically. I unsubscribed for over a year. I came back roughly a month before the launch of Pandaria. When the mists parted, as I surveyed the landscape of this new land, I didn’t have the time to raid, which was my first passion. Even though my child was older, I had only short bursts of time to play. Because I had to care for her when as her needs arose, those bursts were variable in duration and had to be abandoned at a moment’s notice. And then I saw paw prints, everywhere.

So, now I apply the same min-maxing, drive, efficiency, spatial awareness and dogged determination I once brought to the raiding game to the pet battle world, one capture at a time.

I try to keep all content to a PG level (some references to alcohol, specifically box wine) and occasional use of the word “ass”). Linked material more mature than PG will be noted by the link.

Screenshots or it didn’t happen? 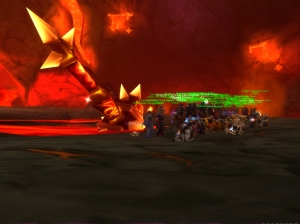 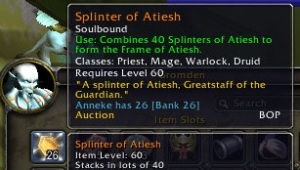