After 8 years of World of Warcraft, there is a certain amount of nostalgia people have for the game. Now that we’ve returned from Outland, now that we’ve crushed the Lich King, now that we’ve lived through the Cataclysm and Deathwing’s fall, there are very few things which have remained constant through the years and continue on as a touchstone of what the game once was.

For some people, that constant is their character. This is not the case for me. I started off as a priest, then made my way to a badass pvp hunter, turned over a new leaf as a mage, and then rerolled as a druid, with lots of alts peppered in between. Even now Blizzard is making a concerted effort even to change these characters with upgraded models and graphics. It is definitely time for an upgrade to these graphics, but it just adds to the growing feeling of impermanence.

For some people, the constant is their guild. I’m in a guild right now which actually is several iterations removed from my very first guild in vanilla. There were so many stops, schisms and gquits the guild today is barely recognizable as the one I joined in November of 2004. There are very, very few guilds left today with a charter that old.

Even the world we knew has changed with the Cataclysm. Mankrik’s Wife has received a loving, proper burial, and the bridge in Redridge has reached its completion. NPCs have moved, rep grinds have changed, items have been removed. I still have the tea with sugar given to me by poor little Pamela Redpath. Though she remains trapped in the same long, tragic unlife as when I first visited her in early 2005, my tea with sugar has changed to sweet tea. I haven’t lived in the American South for terribly long but dude, those are not even close to the same thing.

But, there is one thing that has remained the same. One thing that binds us all, regardless of faction. One constant through the turmoil that has been our lives, in-game and out. 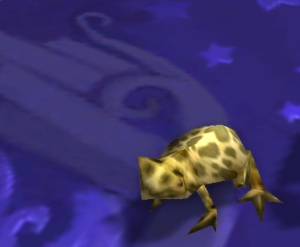 Low texture frogs accompanied us to the alien landscape of Outland and frozen tundra of Northrend. 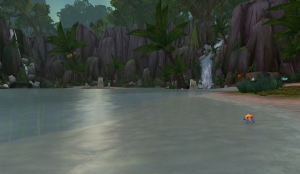 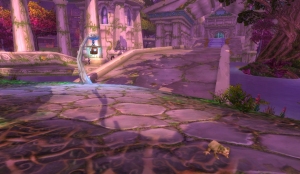 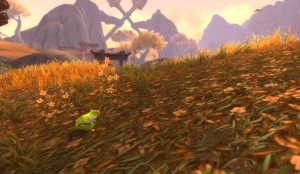 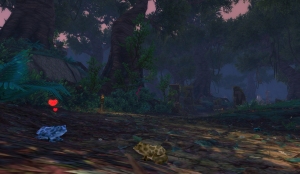 Low texture frogs have a unique move called Frog Kiss, which has a chance on hit to turn your victim into a frog, taking them out of action for a turn. It also increases your damage done with each hit, much like Arcane Blast, and can ramp up into a powerful nuke. Frogs also have the option for a good single-turn self heal, or a weak AOE heal with a weather component. Their abilities are rounded out with a DoT that persists through pet swaps and the no-frills aquatic ability Water Jet.

The one variant is that the Lifelike Toad replaces the DoT with the mechanical heal Repair, giving him a whole lot of healing power. 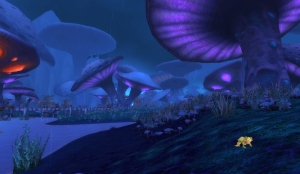 I’ve really enjoyed using them in low-level pvp. The large heal plus Frog Kiss makes them a force to be reckoned with, even up against one of those teams where they try to cheese the level gap to win. They don’t really translate well into higher-level PVP though. I’ve also been using one as a workhorse while I tame new pets and level old ones (I really like AOE heals for that). 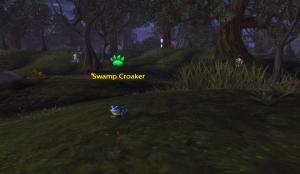 OH FOR THE LOVE OF— 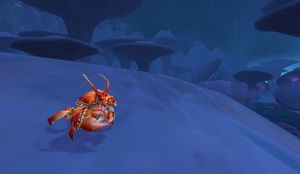 This pet is magic indeed. He has always been a vanishingly rare pet too. Why is he so rare? The answer to that question is typically always either ‘fishing’ or ‘TCG’, and in this case, it’s fishing. And whoa boy, is it fishing.

Step 1 – As you can make catches from pools at any level of fishing, it is no longer necessary to grind your fishing to max and find a bunch of upgrade gear and lures and crap. You must still have a flying mount though, with the exception of some bonkers ways you can get to the location via engineering. But just, no. Flying mount.

Step 2 – Go to Terokkar Forest. Go to any water accessible only via a flying mount. Find a Highland Mixed School. Fish in it.

Step 3 – Fish in it until the pool runs out. Go find a new pool.

Step 4 – Repeat step 3 until you wear your fishing keybind to a nub. 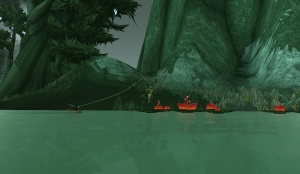 Step 5 – Miracle of miracles, the RNG Gods smiled on you and you caught a Mr. Pinchy! I’m obviously being hyperbolic here, but not totally. At his launch during BC, Mr. Pinchy had roughly half the chance to drop from any cast in a pool as a Sea Pony does, I believe his drop rate is now increased, but that doesn’t take away that feeling of ‘OH THANK GOD FINALLY.’

Step 6 – Make sure you have at least 1 bag slot open to catch your crawdad, and use one of your wishes to Mr. Pinchy.

Step 7 – Be annoyed because he gives you a crummy level 70 buff. Be even more annoyed because now he has a 24 hour cooldown. That cooldown is internal by the way, so if you catch 2 today, you won’t run out of wishes until almost a week from today. Hooray! ish.

Step 8 – Use all 3 of your wishes. Mr. Pinchy disappears. OH FOR THE LOVE OF LITTLE GREEN APPLES.

Step 9 – repeat all that crap until you finally get a Magical Crawdad!

Why would you want him? Uh, the prestige? Filling out your stable?

A better answer would be that he makes an excellent tank. You can choose between the typical tank abilities Shell Shield & Renewing Mists, and he’s one of two pets with the very interesting heal ability Wish. The latter is very powerful, and makes him not only a good tank but an excellent support healer, since you can swap pets between when he casts it and it hits. Nearly any time I rave on about my fantastic crab you can use the flashier Crawdad instead.

So, why did I choose a crab? Look, did you even read the rest of this post? Sigh. Besides all that, the reason I go with the crab even though I have a crawdad is because I find the combo of shield + mists easier to manage (ie, I barely have to pay attention) in pve than Wish, even though Wish is a better heal, especially for higher health pets. If you want a tank pet for PVP though, consider a Crawdad.

Most tamers have a battle pet or two they favor, whether for sentimental or cosmetic reasons or because they’re good at fighting. This particular pet has been my workhorse since I tamed him, and is definitely one of my favorites. 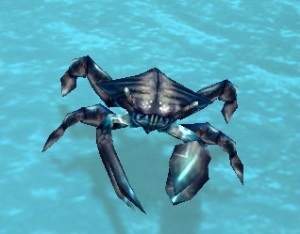 The emperor crab is very similar to many other crabs. If you’re just starting out, the crab sold by Matty to goblin players has the same moves, though starts off at uncommon quality and will need to be upgraded with a battle stone. The strand crawler also has the same moves and is obtainable without battling at all via fishing, and starts rare. Both of those may be available in your Auction House. Shore Crabs are around Westfall at level 3-5 too, among other places, so those are a good pick for a novice.

The reason my little buddy Ishmael is my go-to pet for nearly any situation is because he combines a very strong defensive ability, shell shield, with either a moderate self-only heal or my choice, a heal over time over 3 turns, which persists through pet swaps. For the third slot, he has either a beast or an aquatic damage ability, making him able to kill any elemental or critter silly enough to cross his path. He can survive almost anything PVE throws at him. I did have to ditch him for a couple of the later tamers though, since a couple of them of them use a lot of Flying abilities. He also tends to do poorly against pets with a lot of burst, but can really clean up in PVP these days. He’s my personal choice to counter those annoying Valk teams.

If you want your own Ishmael, you can tame Emperor Crabs in the Briny Muck in the Dread Wastes, either by battling Emperor Crabs, or you can get one as a second to Rapana Whelks. Unfortunately, you cannot tame any of the ones plaguing Ka’roz.