5.2 goes live today, hooray! There is a new, very exciting feature coming for pet battlers. In addition to the new pets available in the new zones, Elite Pet Battles are live!

Unfortunately, I didn’t play the PTR this round, so I don’t have any firsthand information for you. And even sadder, no screenshots. Well, okay, here’s one. 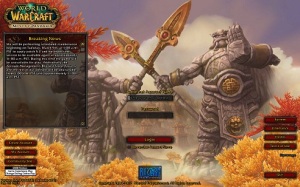 I haven’t been able to find much of any information on the new Elite Pet Battles, so expect a full writeup from me in a week or two. This forum post is the only info I’ve found, and though it’s rather cursory, it does reveal some helpful information for those of you venturing out get your red pandas. Don’t get distracted by that red pandas thing. HEY! HEEEY! OVER HERE! Worse than my toddler, I swear.

According to that post, all the new pets are either a beast, a critter or an aquatic. This means we can form a few teams that’ll have a shot at winning before we know much else. My personal choices will likely include the clockwork gnome for his heavy beast damage and my emperor crab for his staying power. It looks like a couple of these will need something like the rapana whelk’s avoidance ability Dive too, but since whelks are critters, they’ll be a poor choice against the beast type.

But, back to the red pandas. RED PANDAS! After you beat Aki and unlock the Pandaren Spirit Tamers quests, you will now also unlock the quest Beasts of Fable, which seems to require you to beat all the elite battle pets. After you do, you get your red panda, and it also turns Beasts of Fable into a daily quest, which gives you yet another bag of random pet crap. That bag of crap sometimes contains an alternate colored red panda! Also, it apparently has a higher drop rate on upgrade stones, so it may be worth doing daily.

According to the forum post linked above, these elite pets are as easy as Tamer Nishi, and considering how awful Nishi is this is a little hard to believe. The comments on the Red Panda wowhead link above seems to indicate that these battles are very difficult, on the order of Major Payne or Aki. I can’t vouch one way or the other, so exercise extreme caution when at first you engage these elite pets.

There is a lot of information circulating on the new battle and pets obtained from bosses on the Isle of Thunder though. WarcraftPets has a list of all the new pets obtainable in-game. wowhead has a more comprehensive list with locations and abilities, though this list is a bit out of date as, sadly, Pierre is no longer on the table for 5.2. Also somewhat sadly, the Fluxfire Feline has seen significant nerfs, and the Reflection ability has been replaced with the less powerful Deflection. This will likely make pet pvp more enjoyable for some and less enjoyable for others. El’s Anglin has an excellent guide to catching the new fishing pets, too. Yes, fishing. Ugh.

Here’s a link to the full 5.2 patch notes as they apply to pet battles.